Recently, a Buzzfeed list has done the rounds which has resonated well with my fellow commuters. It reminded me of this old, long-unfinished post that I actually started writing in early 2011 but never got round to finishing. Still, as it has a few points the Buzzfeed article missed, I decided it would be worth finally finishing it…

Let’s face it, the morning commute is, for just about everyone, pretty horrible. Even if you removed all of the people and had an entire train to yourself that wouldn’t leave the station unless you were on it, you’d still have the getting up, getting to the station, and the inevitable problem that all the free seats would be either broken, covered in chewing gum, or have a stain and odour about them that you wouldn’t find all that comforting.

Despite that, the worst thing about the morning commute is usually the people you’re travelling with. You share your journey with hundreds of other people on your train alone, and they all have to be somewhere quicker than you do for far more important reasons. You’d have thought that the free world wouldn’t be quite so dependent on so many people.

So, with that in mind, let’s take a look at the most annoying things people can do to make your morning commute just that little bit more unpleasant.

Today some bright spark decided it would be a good idea to drive a lorry into the Strand Underpass.

“Into” being the operative word.

You can probably guess the end result of this little exercise. It looked a whole lot like this:

As you may have heard, London is currently on fire a bit.

As it happens, the fire is just over the road from where I work, so I’ve been able to point my iPhone in the general direction and get some images. Apologies for the quality of some of them, the only vantage point unfortunately had wired glass. 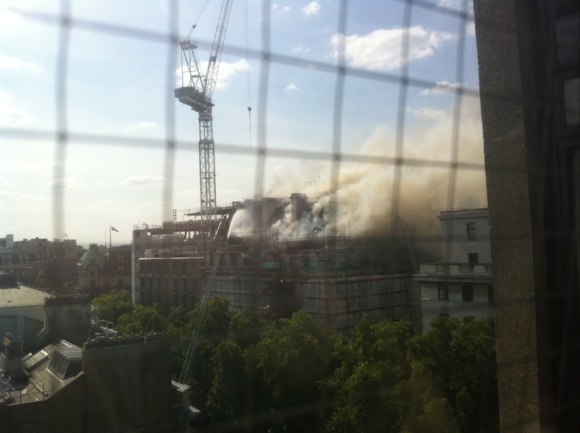 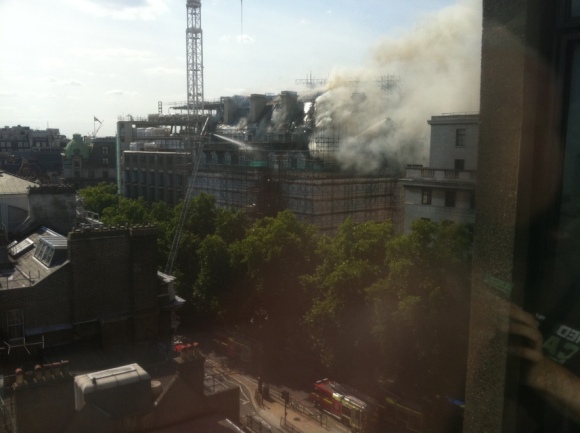 Current reports are that the fire is now out although disruption is still ongoing.

Okay, I’ll admit it from the off: The London Cycle Hire scheme hasn’t started as badly as I thought it would. It does still worry me that the powers that be (such as they are) don’t seem to have considered the dangers inherent with the scheme.

For a start, we have enough problems with cyclists in London these days as it is, darting in and out of traffic, cycling on pavements and speeding through pedestrian crossings with little care of anyone’s safety. They also have a habit of getting crushed under lorries, something which the lorry driver is usually blamed for despite the fact it was probably an undertaking cyclist in the wrong place that got them killed. Cyclists do seem to have this high-and-mighty attitude that says ‘I cycle, therefore I can do what I want’, helped by a lot of advertising that paints a rosy picture of the health and environmental benefits of cycling. But I digress (as I often do).

Don’t get me wrong (a phrase I often find myself typing on this blog, usually a sign that I should really redraft everything because I’ve spent ages ranting), in principle it is a good idea, much the same way the car pool services (such as Streetcar of which I am a member) can be beneficial by saving people money whilst at the same time stopping them from using their cars or carrying bikes on crowded commuter trains, but I do fear that the Cycle Scheme hasn’t really been thought all the way through. I hope I’m wrong.